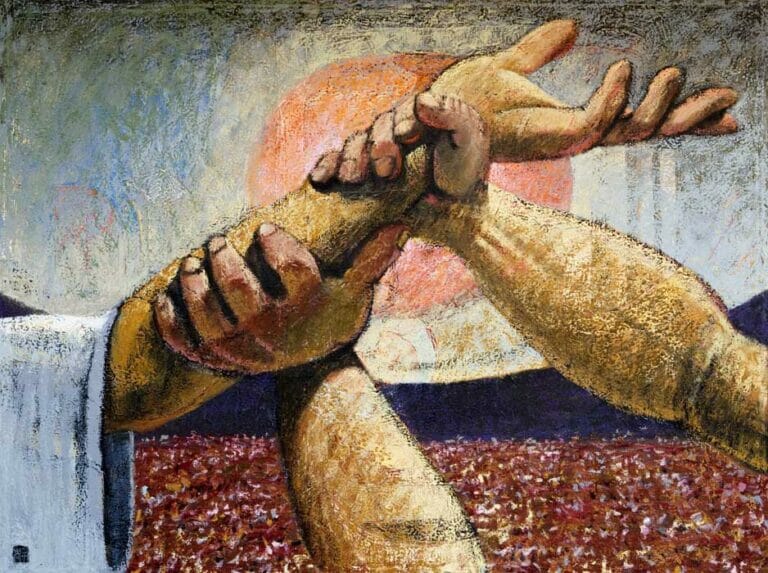 September 25 2022, 10am
Moses is one of Israel's greatest leaders of all time. But even he didn't lead alone. Shared leadership is biblical and one of the ways we create lasting change in the world. As the wisdom of an African proverb tells us: "If you want to go fast, go alone; if you want to go far, go together."
Weekly Bulletin
Live Stream
Sermon Text
Weekly Scripture
Live Stream
Stream on Facebook
Stream on Youtube
Sermon Text
Coming soon!
Weekly Scripture

The Lord said to Aaron, ‘Go into the wilderness to meet Moses.’ So he went; and he met him at the mountain of God and kissed him. Moses told Aaron all the words of the Lord with which he had sent him, and all the signs with which he had charged him. Then Moses and Aaron went and assembled all the elders of the Israelites. Aaron spoke all the words that the Lord had spoken to Moses, and performed the signs in the sight of the people. The people believed; and when they heard that the Lord had given heed to the Israelites and that he had seen their misery, they bowed down and worshipped.
Afterwards Moses and Aaron went to Pharaoh and said, ‘Thus says the Lord, the God of Israel, “Let my people go, so that they may celebrate a festival to me in the wilderness.” ’ But Pharaoh said, ‘Who is the Lord, that I should heed him and let Israel go? I do not know the Lord, and I will not let Israel go.’ Then they said, ‘The God of the Hebrews has revealed himself to us; let us go a three days’ journey into the wilderness to sacrifice to the Lord our God, or he will fall upon us with pestilence or sword.’ But the king of Egypt said to them, ‘Moses and Aaron, why are you taking the people away from their work? Get to your labours!’ Pharaoh continued, ‘Now they are more numerous than the people of the land and yet you want them to stop working!’ That same day Pharaoh commanded the taskmasters of the people, as well as their supervisors, ‘You shall no longer give the people straw to make bricks, as before; let them go and gather straw for themselves. But you shall require of them the same quantity of bricks as they have made previously; do not diminish it, for they are lazy; that is why they cry, “Let us go and offer sacrifice to our God.” Let heavier work be laid on them; then they will labour at it and pay no attention to deceptive words.