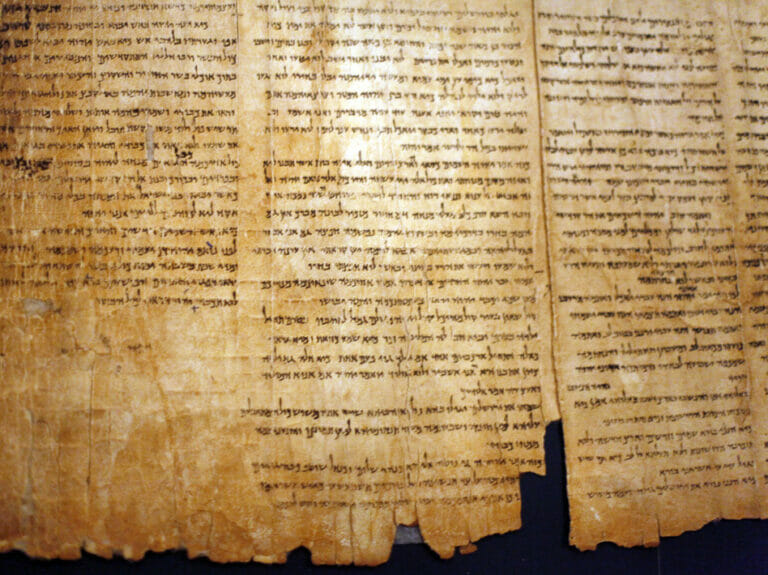 July 10 2022, 10am
Calvary’s worship services are a wonderful time to join the community in worship and friendship, for a time to pray and learn. Calvary’s mission is to be a welcoming community, living the Christian faith in word and action. As we emerge from this pandemic time, you are welcome to join us as we seek community in new and more meaningful ways. It is always a good time to gather to give thanks to God for the gifts we’ve received. It is always a good time to gather to seek support, comfort, and solace for the challenges we face. It is always a good time to bring your questions, your doubts, and your confidence to God. Especially now.
Weekly Bulletin
Sermon PDF
Stream on Facebook
Stream on YouTube
Watch Sermon
Sermon Text
Weekly Scripture
Watch Sermon
Sermon Text

When the reformers set out to make changes to the church back in the 16th century, one of their key tenets was sola scriptura meaning “by scripture alone.” When they affirmed this, they affirmed that scripture would be the main authority on which to guide the church as we seek to be God’s people.

Some of the ways they reordered their religious lives to this tenet were:

There are many reasons why people run from this call. But one of them, for me, was the thought of preaching.

The way I understood preaching, was that the person speaking had to have all the answers and was supposed to share those answers with the congregation.

I’ll let you in on a little secret, none of us, not me, not Marci, not Victor, not even the best preacher you’ve ever heard, has all the answers.

But I’ve never felt that way. And I share that not to feign humility or to assert that my way is better than others because it’s not. I say that because that’s just my personality.

I am almost never fully certain about anything. I question everything. And I have a lot of doubts and concerns and anxieties about life, my faith, the world, the list goes on and on. So add to that my terrible fear of public speaking, and you’ve got someone who had no interest in preaching.

But as an external call to ministry became more and more realized and internalized by me, I decided to take a preaching class in seminary.

It was called “Preaching as Celebration” taught by the Rev. Dr. Frank Thomas, who is a black preacher from the south and currently serves as the Director of the PhD Program in African American Preaching and as Professor of Homiletics at Christian Theological Seminary. He was a visiting professor at McCormick at the time.

I think I took the class with the idea that it would all feel so foreign and different to me, that I could just continue to sit in the comfort of my insecurities. Do you know that feeling? Where your insecurities begin to feel more safe than the unknowns promised through true transformation? That’s where I was with preaching.

But that class changed me. It changed all of us who took it. Because it affirmed our voice in its most true and authentic presentation. We were not going to be Dr. Frank Thomas. And he was not invested in creating little “mini-me’s” of his preaching style.

That style was authentic to him.

But each of us would have to find our own voice. And most of us either did or left feeling like we had the permission and freedom to explore that authenticity.

He would say, “you can’t preach what you don’t know.”

And “whatever you preach, you better preach it to yourself first.”

And that’s what’s amazing about the word of God. It speaks to us, individually, and allows us to hear, through the work of the Holy Spirit, what we need, in order to be transformed and to transform the world.

If there is anything you’ve ever taken away from any of the sermons you’ve heard in your lifetime it’s because God was already at work in you, and because the Holy Spirit, through God’s word, was speaking to you.

It’s not the preacher. It’s not our words. Because let’s be honest: the sermons we write, are the sermons we, ourselves, need to hear the most.

If it resonates or touches you in any way, it’s only because the Holy Spirit is doing what she does best, taking the words of flawed mortals, and allowing them to speak of eternal things to our eternal souls.

So. I really appreciate that those reformers, five hundred years ago, recognized and lifted up the primacy of scripture in our lives of faith.

But because scripture has become so paramount in worship and in the protestant ethos,
it has the danger of becoming an idol.

Idols are anything that we put before God. Oftentimes, when we think of idols, we imagine graven images or money and power and fame. And yes, all those things can be idolatrous.

But good things can become idols as well. Pastors can become idols as we put them on a pedestal and follow them and their teachings more than we follow Christ. Worship can become an idol if the music, and the liturgy, and the preaching become our primary focus over and beyond the one we are supposed to be worshipping. And even scripture can become an idol if we start confining God to what’s held in this book and believing that it holds all the answers to the mysteries of the universe.

And my goodness, this book has been used in some horrifying ways.

“The Bible has been used for centuries by Christians as a weapon of control.
To read it literally is to believe in a three-tiered universe, to condone slavery, to treat women as inferior creatures, to believe that sickness is caused by God’s punishment, and that mental disease and epilepsy are caused by demonic possession. When someone tells me that they believe the Bible is the literal and inerrant word of God, I always ask, ‘Have you read it?’”

It’s important, then, I think to hold our scriptures lightly, knowing that yes, they are authoritative and continue to speak to us today. But to remember that they, too, have some limitation.

In fact, when the writer of 2 Timothy wrote this letter and shared that,

“All scripture is inspired by God and is useful for teaching, for reproof, for correction, and for training in righteousness,”

He (and most likely it was a “he”) could never have imagined that his own letter would one day become scripture for the church. Presbyterians in 1967, as they tried to figure out what they were about in relation to scripture, affirmed this:

“The Scriptures, given under the guidance of the Holy Spirit,
are nevertheless words of human beings,
conditioned by the language, thought forms,
and literary fashions of the places and times at which they were written. They reflect views of life, history, and the cosmos
which were then current.
The church, therefore, has an obligation to approach the Scriptures
with literary and historical understanding.”[1]


Now, I’ve shared this quote before because it is one of my favorite statements about The Bible.

To take God’s word seriously is not to take it out of its cultural and historical context and try to apply it directly to our 21st century lives. That makes no sense to me.

For me, taking God’s word seriously means trying to learn and better understand what those first writers were trying to convey to their original audience, and then, with the help of the Holy Spirit and the community, discerning together how it might apply to our own lives today.

Jesus himself was not a literalist when it came to scripture. He was always reinterpreting and reimagining what God was saying to God’s people.

It’s not “eye for an eye” or “tooth for a tooth,” but turn the other cheek.

Blessed are those who mourn, who hunger and thirst for righteousness.

Love one another as I have loved you.

Those were Jesus’s reinterpretations of his scripture which mind you, did not include The New Testament.

The Confession of 1967 also says that:

“The one sufficient revelation of God is Jesus Christ, the Word of God incarnate,
to whom the Holy Spirit bears unique and authoritative witness through the Holy Scriptures, which are received and obeyed as the word of God written.”[2]

Ultimately, God’s Word comes to us in the flesh through Jesus the Christ.

And what was his message? It was the gospel which literally means “good news.” He reads from the scroll of Isaiah in the Gospel of Luke saying,

The Spirit of the Lord is upon me, because he has anointed me to bring good news to the poor. He has sent me to proclaim release to the captives and recovery of sight to the blind, to let the oppressed go free, to proclaim the year of the Lord’s favor. (Luke 4:18-19)

God’s Word is all about good news for those who have historically been denied good news.

As the church, our job is not to protect the Bible. Our job is not to ensure that the Ten Commandments get displayed on state capitol buildings or that John 3:16 is shown at sporting events.

Our job is the share the good news. To not only hear the word of God read and proclaimed in worship, but to bear the Word of God into the world as the Body of Christ.

So let us embody the gospel, the good news, with every fiber of our being. Not just the good news of cheaper gas prices, or rising stocks and dividends. But good news for the most vulnerable and most marginalized in our society.

I would love to hear the good news that my children are safe from gun violence at their schools and at small town parades.

I would love to hear the good news that those with addictions are finding release from that which plagues them.

I would love to hear the good news that black lives do actually matter.

I would love to hear the good news that Russia is leaving Ukraine.

And I would love to hear the good news that no one is going to bed hungry tonight.

What is the good news that the world is longing to hear today?

What is the good news that your neighbor is longing to hear today?

What is the good news you are longing to hear today?

Take that out into the world and proclaim it with your words and with your very life.

Bear the Word of God into the world.

2 Timothy 3:10-17
Now you have observed my teaching, my conduct, my aim in life, my faith, my patience, my love, my steadfastness, my persecutions and suffering the things that happened to me in Antioch, Iconium, and Lystra. What persecutions I endured! Yet the Lord rescued me from all of them. Indeed, all who want to live a godly life in Christ Jesus will be persecuted. But wicked people and impostors will go from bad to worse, deceiving others and being deceived. But as for you, continue in what you have learned and firmly believed, knowing from whom you learned it, And how from childhood you have known the sacred writings that are able to instruct you for salvation through faith in Christ Jesus. All scripture is inspired by God and is useful for teaching, for reproof, for correction, and for training in righteousness, so that everyone who belongs to God may be proficient, equipped for every good work.