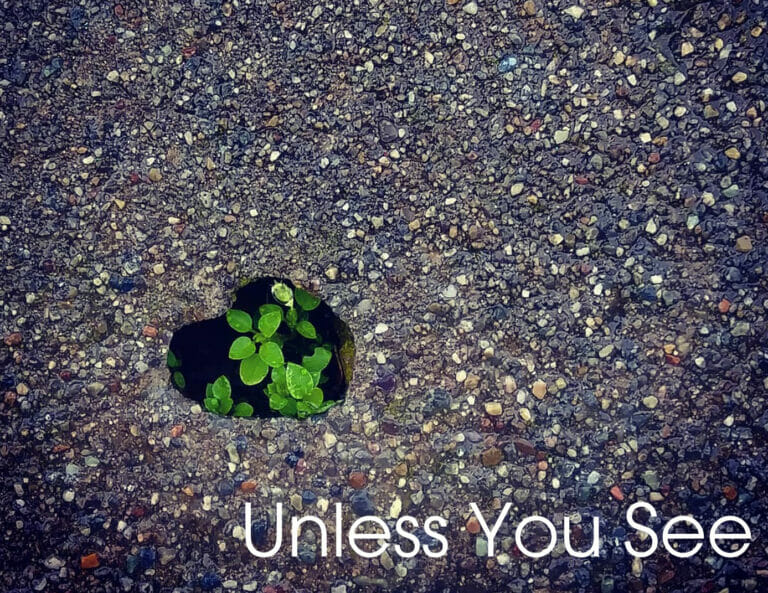 January 30 2022, 10am
We really only can see signs and wonders in the rear view. We don't notice them before they've happened, and we rarely notice them as they happen. At Calvary, as we're making plans for the future, what is it we see when we look back? Can we see what God has done for us already? How does that inform our work as we move forward?
Weekly Bulletin
Sermon PDF
Stream on Facebook
Stream on YouTube
Watch Sermon
Sermon Text
Weekly Scripture
Watch Sermon
Sermon Text

A few weeks back, Jesus was turning water into wine in Cana of Galilee. Today, we’re back in that town down the road from Nazareth. A royal official from Capernaum, which was a town on the northwestern shore of the Sea of Galilee heard Jesus was nearby and he leaves his ill son to go up the hills to Cana to find Jesus.

We don’t know if the official is a Jew or a Gentile, but we can imagine he’s used to getting what he wants. And now he’s in that moment none of us want to be in, and one he can’t fix with his own power, resources, or gumption. His son is dying.

If my son were that ill, I wonder if I would be able to leave his bedside, even if it were to go get help. This man must have been desperate indeed, if he could peel himself away from his son’s sickbed to try for one, last chance of healing, walking 23 miles in search of a cure.

Jesus’ answer is maybe not the best, in a pastoral care sense. “Unless you see signs and wonders, you will not believe.

His answer to the man is offered in the plural. Unless y’all see signs and wonders. Does he turn away from the royal official and turn to the camera, turn to the crowd, turn to us? Or is he talking to himself—wondering what he needs to do for people to believe? We’ve already been told to remember the wedding at Cana. And if you recall that story, Jesus also is trying to figure out his role. My hour has not yet come, he starts out telling his mother, before he then does his first sign.

It is not a pastorally sensitive answer to give to a man who’s child is near death. I’m not even sure it’s correct, because the man clearly believed Jesus could heal his son. Why else would he have left his son’s deathbed to try? I don’t get the sense the man is there to be dazzled and impressed. He’s desperate for life.

The royal official pretty much ignores the comment about signs and wonders and stays on topic. “Sir, come now, before my little boy dies.”

And Jesus turns back to the man, and says “go, your son lives.”

The man believed and went home. On the way, he meets one of his slaves, who has come to tell him that his son is alive. And he realizes that when Jesus spoke the words is when the boy was healed.

Two things occur to me about signs and wonders. First, the signs are only known because people talk to each other about what they’ve seen. The royal official heard what Jesus said. His slaves see that the son gets better. It’s only when they talk to each other that the miracle is visible.

Similarly to the wedding at Cana. The guests didn’t see their water glasses turn into wine glasses before their very eyes. The miracle happens off screen. The servants know what happened. And we know about it because the servants must have talked to someone.

At the end of John’s gospel, after the crucifixion, resurrected Jesus appears in the upper room to his disciples. And Thomas isn’t there when it happens. Thomas says that he won’t believe it unless he sees it himself. Thomas is there the next time Jesus appears and says that now he believes. Jesus says, ‘Have you believed because you have seen me? Blessed are those who have not seen and yet have come to believe.’

Jesus knew he wasn’t going to be there in person to show us signs and wonders for the rest of time. He needed to figure out how to get us to help each other see them.

The second thing that occurs to me about signs and wonders in this gospel is that they are all rearview mirror events.

We put a timeline together once we’re on the other side of it, and it is then that we see the sign and the wonder.

Being followers of Jesus doesn’t mean we’re exempt from bad things happening to us. We’d like all the stories to be like this one, where the boy is healed, the tragedy is averted. But I think that through the good and the bad, when we reflect back, we can see signs that point us to God’s presence.

God doesn’t cause bad things to happen so we’ll see the signs. Rather, God is seeking our welfare and flourishing, even when things are bad. As Paul says in the 8th chapter of Romans, “In all things, God is working for good.”

The royal official is walking back to Capernaum with belief, but without proof. And it is only when his servant meets him on the road, only when he puts together the timeline, that he knows there has been a miracle.

In my family when I was growing up, our life changed when my dad went blind. He had multiple detachments of his retinas, which I think would be more successfully treated today than it could be in the 70s.

We prayed for a miracle to restore his sight.

Looking forward, there was no miracle we could see. But now, looking back at that time, I can see the signs and wonders. Even as we all still wish my dad’s vision had been restored, I also am grateful for the time I had with my dad that many of my peers didn’t have with their dads. He was home with us each day after school and not working late at the office.

My parents had been disappointed they’d lost a bidding war to buy a bigger house a few months before the first surgery. But looking back, we realized that if they’d taken out a new mortgage, we wouldn’t have been able to afford it once he lost his job. The stability that came with having secure housing made all the difference for us.

There are so many things from that time where things seemed unrelentingly awful and scary looking forward. But looking back, it seems different. There were signs pointing us towards gifts we hadn’t wanted to look for.

Jesus, the Word made flesh, speaks words and the boy lives.

So why does Jesus tell the crowd ‘unless y’all see signs and wonders, you will not believe’?

Why does Jesus say it to us? Are we, as a congregation, looking for signs and wonders right now so we’ll believe?

What does it even mean to believe? In The Heart of Christianity, Marcus Borg talks about “believe” this way:

Prior to the seventeenth century, the word “believe” did not mean believing in the truth of statements or propositions, whether problematic or not. Grammatically, the object of believing was not statements, but a person. Moreover, the contexts in which it is used in premodern English make it clear that it meant: to hold dear; to prize; to give one’s loyalty to; to give one’s self to; to commit oneself. It meant. . . faithfulness, allegiance, loyalty, commitment, and trust.

Can signs and wonders point us to believing in, beloving, God?

What are the miracles we think we need today?

But what are the miracles we can see if we reflect back?

If I were asking for a miracle today, I might say “Jesus, get rid of Covid.” 900,000 people have died in our country so far. We can all see the disruptions, the pain, the loss, the anxiety.

Looking back over the past two years, though, I can see signs and wonders along the way. Vaccines developed in record time, for one.

As a congregation, we’ve been able to continue to be a community even when we couldn’t be in the building. We have come through this time in pretty good shape, all things considered. Personally, I was interviewing to be your pastor right when covid hit. The fact that I moved and started a new ministry in the middle of a shutdown AND feel happy and called and in the right place—surely that’s a miracle of some kind, right?

Would I have preferred to have everyone in the building right away and life going on as normal? Absolutely. But looking back on it, I can also see the gift in meeting the congregation one person at a time, on zoom or in parks. I can see the gift in working with this staff, who has consistently been able to think up new and creative ways to build community when we couldn’t be in person. I can see the expansion of our community beyond just the people who can get to the building Sunday morning at 10 am.

Looking in the rearview is not without risks. If you look back and all you can see is the glory days, I think we miss the signs and wonders that might be there for us to find.

The invitation to look for signs and wonders re-orients how we see the world. It reminds me of a poem by Mary Oliver, written not long before she died.

I have refused to live

locked in the orderly house of
reasons and proofs.
The world I live in and believe in
is wider than that. And anyway,
what’s wrong with Maybe?

You wouldn’t believe what once or
twice I have seen. I’ll just
tell you this:
only if there are angels in your head will you
ever, possibly, see one.

I think maybe when Jesus said, ‘unless y’all see signs and wonders, you won’t believe’, he was paraphrasing Mary Oliver, and trying to figure out how to get us to put miracles in our heads, so that we could ever, possibly see one.

No matter where we find ourselves in life, may we help each other see the signs and wonders all around us.

46 Then he came again to Cana in Galilee where he had changed the water into wine. Now there was a royal official whose son lay ill in Capernaum. 47 When he heard that Jesus had come from Judea to Galilee, he went and begged him to come down and heal his son, for he was at the point of death. 48 Then Jesus said to him, “Unless you see signs and wonders you will not believe.” 49 The official said to him, “Sir, come down before my little boy dies.” 50 Jesus said to him, “Go; your son will live.” The man believed the word that Jesus spoke to him and started on his way. 51 As he was going down, his slaves met him and told him that his child was alive. 52 So he asked them the hour when he began to recover, and they said to him, “Yesterday at one in the afternoon the fever left him.” 53 The father realized that this was the hour when Jesus had said to him, “Your son will live.” So he himself believed, along with his whole household. 54 Now this was the second sign that Jesus did after coming from Judea to Galilee.