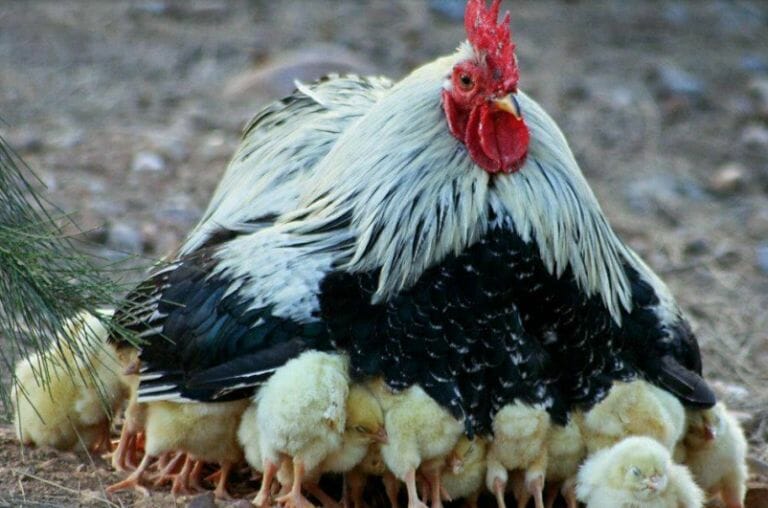 May 9 2021, 10am
Regardless of the roles assigned us by the world, God commands us to love. When we love one another, we obey God and understand what it means to be a friend of God. This Mothers’ Day, let’s examine what really makes a family.
Weekly Bulletin
Sermon PDF
Stream on Facebook
Stream on YouTube
Watch Sermon
Sermon Text
Weekly Scripture
Watch Sermon
Sermon Text

I slept and dreamt that life was joy.

I awoke and saw that life was service.

I acted and behold, service was joy.[1]

On this Mothers Day, you better show some love to your mama, your grandmother and your aunts.  Whether related through blood or through love, these are your family.

I was raised by women who expressed their love through long phone calls, sewing and fried chicken, The Holy Bird. On Mothers Day, our country church, nestled away in the northwest corner of Georgia, would hold a sort of contest during Sunday School Assembly to determine who was the mother with the most children, who was the youngest mother, the newest mother, who was the oldest mother—you get the idea. Elaborate corsages were awarded to the winners, and some women got nothing but applause. (Ain’t that just the way!) If your mother was deceased, you would receive a white carnation which later could be taken to the cemetery. Why white? White symbolizes resurrection, Easter, new birth, transformation, all the big stuff in Christianity.

Since those days, I’ve met mothers who would not have fit into any of those categories. They’ve always been around, always: mothers of adopted children, the mothers whose children were adopted by other families, the mother whose baby did not make it, the mother who disowned her children, mothers who used to be fathers. Our social mores change—praise God!—but the reality of the human condition remains constant.

My mother hated Mothers Day contests almost as much as she hated passing the peace, during which she would lean over and whisper in a tone almost loud enough for the pastor to hear, “Until I run for office, I do not need to shake everybody’s hand.” My mother, Barbara, would have loved online worship, no people. She died in 1993. I think about her every day. I still want to make her proud. Her love—the sacrifices she made for me—make me who I am, who I will be.

In the early 2000s, I was organist-choirmaster at the First Presbyterian Church of Palo Alto, where they adapted the antiquated Mothers Day contest ritual by handing children flowers as they came forward for the children’s sermon. The children then distributed the flowers to everyone in the congregation who had shown them motherly love. One Mothers Day, my entire children’s choir made the trek up the stairs to the choir loft to give me flowers. I was blown away. The very thought of me as parent-ly, much less motherly or fatherly. I was raised in a culture that told me becoming a parent was not on my menu. But through the miracle of a church, one in which I was welcomed fully and all of me was accepted, I discovered my inner parent, how to love, thanks to the children that, turns out, I mothered.

I wonder, to whom have you demonstrated motherliness: wisdom, sacrifice, fried chicken? I truly believe that our spiritual families—families of love—are larger and stronger than we suspect.

That transformational kind of love is what John writes about in today’s gospel lesson. His Greek interchanges philia with agape. Both are Greek words for different types of love. Philia means beloved, dear. Philia’s opposite is phobia. (That’s another sermon.) Agape is self-sacrificing love, like the love of Jesus or mother. There is no greater love than this, to sacrifice something of yourself for someone else.

Biblical translator Sarah Ruden, in her new translation of The Gospels, highlights John’s intentional mingling of these Greek types of love in today’s passage. John uses filoi, or friends, as the object not of friendly love[2] but of agape love, unconditional love. Do you have friends you love unconditionally? Have you sacrificed for them? There’s nothing sweeter! Sarah Ruben points out that in today’s passage, the lines that divide friends from family dissolve and merge into a new kind of family. In the gay community, we call this a family of choice, where, spiritually speaking, love is thicker than blood. Churches are families of choice.

With apologies to all of you who crave quantifiable outcomes, we cannot, must not quantify this kind of love. It comes without conditions, and it is the greatest commandment, laced throughout the laws of Moses, repeated by Jesus in every gospel, the command to do agape love.

Last week, I called my Aunt Maxine to wish her a happy Mothers Day and a happy 93rd birthday. We fell into our regular cadence of conversation with her beginning by reciting a list of everyone who has died since last we spoke. Do you remember the scene in Moonstruck where Olympia Dukakis is awakened by a phone call in the middle of the night? Her only words: “Who’s dead?”

Now, I am from a town[3] of 300, located at the end of a road in a relatively isolated part of Georgia which is currently represented in Washington by Marjorie Taylor Greene. (I did not just roll my eyes. You imagined it.) Off the top of her 93-year-old head, my Aunt Max listed eight people—friends, relatives, some younger than me—who have died from Covid-19, their deaths painful, hooked up to machines, without family and, more than anything, avoidable.

Contrast Calvary, twice the size of my hometown, where we have had a couple infections and no deaths from Covid-19.[4]  San Francisco has the lowest Covid rates in the nation[5] because Mayor Breed heeded advise grounded in reality, and she laid down the economic life of this City in order to that might survive. When I asked my Georgia family how could it be that so many people have died, they told me that local officials believed that the virus is a hoax and that the dead were people who kept attending church.

In San Francisco, we have made sacrifices for the sake of our neighbors. That’s is loving one another is about.  There is a love of humanity in this City that unmatched anywhere else in the United States, and I suppose that’s quantifiable. Praise God for volunteers and front line workers, our Bay Area leaders who have laid down their political, ecumenic and social lives for their neighbors. When you hear the epithet “San Francisco Values” remember this: we are alive and well because of the San Francisco values that exemplify agape love.

Over the past year, my husband Lou and I expanded our family by sponsoring of a young Guatemalan man I met on Calvary’s 2019 mission trip to Tijuana, Petter Perez. His birth family kicked him out to live on the street while still a teenager, and what’s more, Petter’s military father and brothers attempt to kill him, twice. One of those times was his birthday.  Why? Because Petter was honest with them and told them that he is gay. When Lou and I heard Petter’s story, we both felt it, a call to put our faith, our ethics and our blessings into action. We are a family now. Transformed.

Since Lou is blind, he receives services from the SF Lighthouse for the Blind. When they called Lou to make sure he was vaccinated, Lou told them about Petter, and they offered to call Petter in Spanish to schedule his vaccine—San Francisco values. For clerical purposes, they asked Petter the name of the blind person with whom he lived, and Petter answered, “Mama Pollito.” That’s Petter’s nickname for Lou, Mama Pollito. In English, Mother Hen.  The picture on today’s bulletin is for every Mama and Papa out there, regardless of blood relation to those whom they parent, those for whom they worry. It is also for every person who chooses to mother: to feed the hungry, clothe the naked, visit the incarcerated, welcome the stranger, everyone who makes sacrifices for others. You know that this is what makes us complete. You understand why Jesus says this service is what joy is made from.

I slept and dreamt that life was joy.

I awoke and saw that life was service.

I acted and behold, service was joy.[6]

Welcome to the family, and call you mother.

Offertory: “My House” by Leonard Bernstein

Will you build me a house?

A house that really will be mine?

So let me give you my design:

A simple scheme of the house I dream of:

Build my house of wood,

Build my house of stone,

Build my house of brick and mortar.

Make the ceiling strong, Strong against the storm,

Shelter when the days grow shorter.

But build my house of love,

And paint my house with trusting,

And warm it with the warmth of your heart.

Make the floor of faith,

Make the walls of truth,

Put a roof of peace above.

Only build my house of Love.

Acts 10:44-48
While Peter was still speaking, the Holy Spirit fell upon all who heard the word. The circumcised believers who had come with Peter were astounded that the gift of the Holy Spirit had been poured out even on the Gentiles, for they heard them speaking in tongues and extolling God. Then Peter said, “Can anyone withhold the water for baptizing these people who have received the Holy Spirit just as we have?” So he ordered them to be baptized in the name of Jesus Christ. Then they invited him to stay for several days.

John 15:9-17
Jesus said, “As the Father has loved me, so I have loved you; abide in my love. If you keep my commandments, you will abide in my love, just as I have kept my Father’s commandments and abide in his love. I have said these things to you so that my joy may be in you, and that your joy may be complete.
This is my commandment, that you love one another as I have loved you.
No one has greater love than this, to lay down one’s life for one’s friends.
You are my friends if you do what I command you.
I do not call you servants any longer, because the servant does not know what the master is doing; but I have called you friends, because I have made known to you everything that I have heard from my Father. You did not choose me but I chose you. And I appointed you to go and bear fruit, fruit that will last, so that the Father will give you whatever you ask him in my name. I am giving you these commands so that you may love one another.”