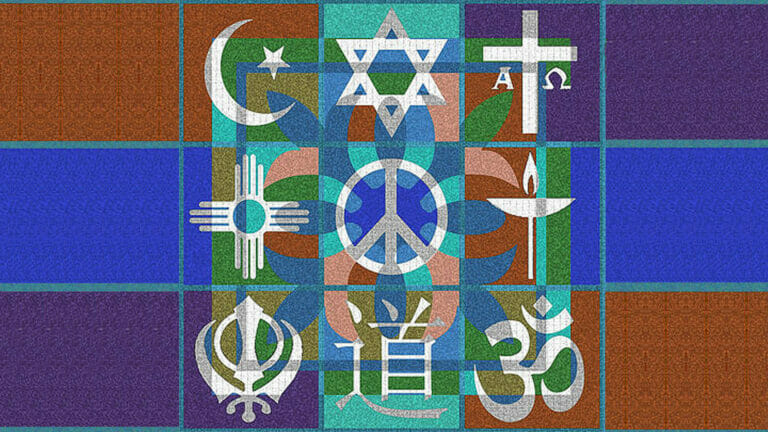 Written around 800 BC, the Books of Samuel were not authored by Samuel. I know this because he dies in chapter 25. In chapter 3, Samuel is still a young man when God sets him apart as one who will eventually serve as Israel’s chieftain-prophet. Did you know that Samuel is referenced in the Quran? As in our book, Samuel paves the way for the people to get the king[3] they clamor for—a profound story of scripture, because the people, like us, think that the right leader will solve all our problems, and we won’t have to do doodle-y-squat. Whether its the right president, the right school principal, the right pastor, we are in love with this fantasy because our superhero does all the heavy lifting and saves us from sacrifice and discomfort. Behold, human nature!

Later on, Saul will ascend as Israel’s first king. The Quran names Israel’s first king Talut, perhaps the same person as Saul, maybe not. In any case, the superhero fantasy is strong with Israel, and once they get the king they demand, surprise surprise, they don’t like him. Never underestimate decisions made by anxious people in groups.

Looking closer at the scripture leading to today’s story, I wonder why Samuel’s mother, Hannah, seems willing to trust Eli’s parenting skills. Note that Hannah returns to the sanctuary often not only to worship God but to check on her son.

So, here he is, the young lad Samuel, a vulnerable minor with whom we are to identify in today’s reading that begins: “The word of the Lord was rare in those days.” “So this story is placed in our time with this verse.” writes Richard Boyce. “[W]e have passed the age of miracles…no pillars of fire, no columns of smoke, no parting of seas…”[4]

The people of Shiloh had trouble hearing God while Eli’s sons plundered the congregation. It’s difficult to hear God’s word when you are being violated by God’s representatives. But Hannah’s boy, Samuel, was different. When God calls him the fourth time, Samuel repeats Eli’s words: “Speak Lord, for your servant is listening.” Perhaps Eli had learned better parenting from making so many mistakes. Eli’s contrite heart is finally revealed toward the end of the passage, when he says “It is the Lord. Let the Lord do what seems good to him.” Let God be God. Let God have the reins and discern God’s path through what comes. With Samuel, thanks to Hannah, Eli finally got his parenting skills together.

This passage teaches the practice of showing up (“Here I am, you called.”) and patient listening (“Speak Lord for your servant is listening.”). Verse 11 promises that if we, during these days when God’s word seems rare, do two things — show up and listen with deference and humility, like God’s servant Samuel, God will reveal a word that will make not one but both ears tingle, a word of divine justice and profound peace. Can we accept that God is still promising justice and peace? It requires our participation, and it won’t be delivered by a superhero president, principal or pastor. Justice and peace must be realized through the people, the Body of Christ.

Today, I would be remiss if I did not offer my gratitude to Calvary’s Personnel Team and my colleagues — and to you — for allowing me an extended time away this summer. I spent the month of July alone in a cabin in Blue Ridge, Georgia, nestled away in the hills near where I was raised. I didn’t know how much I needed green trees, grass and thunderstorms, hillbilly gospel music, tacky church signs and kudzu. I could smell BBQ smoking from my front porch and, yes, the first restaurant I sat down in put hushpuppies on the table instead of bread and butter. I cried. Hushpuppies are the bread of heaven. I was reconnected with Home.

Most evenings, I would sit either on the screen porch or, better yet, out in the backyard. Around sundown, lightning bugs start to appear, sentinels of the insect music that is to follow. After dark, choruses of katydids—overgrown, delicate yellowy-green locusts—begin singing.

A few loud chirps and scratches from the pine trees behind me, and they wait for reply, as if tuning their instruments. More vocalizations over in the neighbor’s oak tree. Then, they enjoy a strange resting period as if reflecting on what is to come. As stars begin to appear, the katydids sing evening songs that sound like giant rattles filled with crushed eggshells—shimmering up here, fluttering over there. Then, the smaller choirs, like tribes, synchronize with themselves, their song coming into focus in a call and response.  After an hour or so, the clamor crescendos, and that’s when the miracle can begin.

Down in the kudzu[6] patch, the katydids are synchronous, unison. Their music drowns out choirs closer to me, who realize somehow a way to organize their cacophony, the same song but at different times. We’ll sing something like that in a moment, Dona nobis pacem.[7]

A few times this summer, while sitting under the night sky, I heard all the katydids within my sphere of hearing come into complete unison, making their song stronger for a measure, but then the same measure of silence. It was some quantum miracle stuff. Rattle, rattle, rattle. Silence. They sang, “Here we are!” Then, only the sound of listening, like young Samuel, who names means “God listened, God heard.”

I sat with the katydids every night, not drinking moonshine, but I heard a rare word that dissolved whatever separates me from them. Self fell away. The ground underneath me I perceived as energy, like my body, like the night music[8] that opened a new reality, vibrating like the stars above me, nothing separate from “here I am. Speak, for your servant is listening.”

Samuel’s witness engendered trust from every faction, from Dan in the north to Beer-Sheba in the south. The people began to tune up for a unified song. Why is it so easy to confuse human voices with God’s voice? That’s a big takeaway in today’s reading, the necessity for discernment and contemplation, the need which deacons’ spiritual retreat[9] will hope to meet.

The way forward for our planet, for our country, for our city, this church—for “us”—is the way of listening, truth telling, peacemaking, deference for the Big Picture, more so than deference for social media and news cycle punditry. Our tribal talking points are illusions. They are too small for God’s story, the true story, the only story.

Whether you call the Divine God, Providence, The Universe, Christ, Allah, Hey-You-Up-There, God is the story of Not Me[10], the unifying call and response that dissolves shame, nothing but love and grace, forgiveness and second chances.

The word of God is never rare when we listen, really listen, and surrender.

Now the boy Samuel was ministering to the Lord under Eli. The word of the Lord was rare in those days; visions were not widespread.

Now the Lord came and stood there, calling as before, “Samuel! Samuel!” And Samuel said, “Speak, for your servant is listening.” Then the Lord said to Samuel, “See, I am about to do something in Israel that will make both ears of anyone who hears of it tingle. On that day I will fulfill against Eli all that I have spoken concerning his house, from beginning to end. For I have told him that I am about to punish his house forever, for the iniquity that he knew, because his sons were blaspheming God, and he did not restrain them. Therefore I swear to the house of Eli that the iniquity of Eli’s house shall not be expiated by sacrifice or offering forever.”

Samuel lay there until morning; then he opened the doors of the house of the Lord. Samuel was afraid to tell the vision to Eli. But Eli called Samuel and said, “Samuel, my son.” He said, “Here I am.” Eli said, “What was it that he told you? Do not hide it from me. May God do so to you and more also, if you hide anything from me of all that he told you.” So Samuel told him everything and hid nothing from him. Then he said, “It is the Lord; let him do what seems good to him.”

As Samuel grew up, the Lord was with him and let none of his words fall to the ground. And all Israel from Dan to Beer-sheba knew that Samuel was a trustworthy prophet of the Lord. The Lord continued to appear at Shiloh, for the Lord revealed himself to Samuel at Shiloh by the word of the Lord.