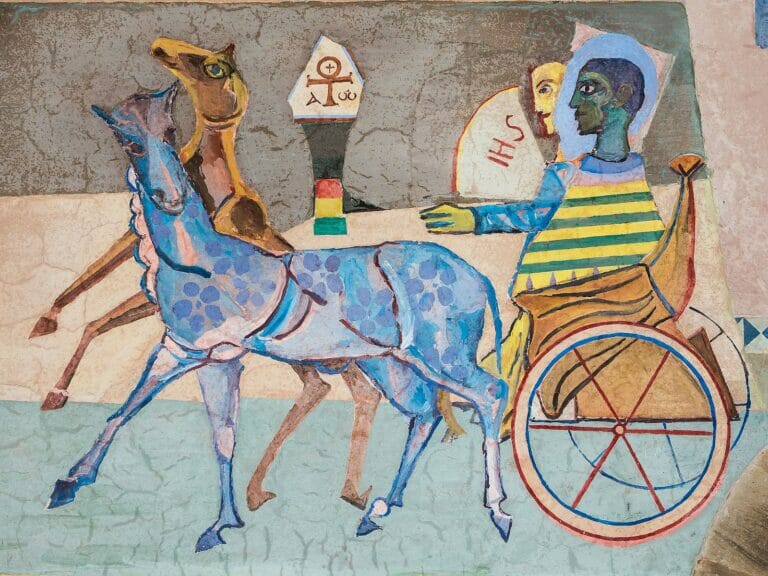 July 3 2022, 10am
The Sacrament of Baptism and the Sacrament of Communion (Lord's Supper) are ways to help make real the promises of God's grace-filled presence in our lives. This holiday weekend, come back to the core of Christian faith, the Sacraments, and in them find a renewed sense of promise.
Weekly Bulletin
Sermon PDF
Stream on Facebook
Stream on YouTube
Live Stream
Sermon Text
Weekly Scripture
Live Stream
Sermon Text

Even as a child, I was clear that following Jesus was my choice—my choice to go to church, my choice to believe, my choice to pray, to forgive. I chose yes and was baptized. Baptism, the sign and the seal of God’s covenantal promises, is the method by which we initiate members into the household of Christian faith.

The Protestant Reformers insisted that baptism was best done in community, as a act of worship. It can’t be a private affair. When we baptize babies, we acknowledge the love that forms us, chooses us and holds us close before we are even aware. We all agree to help raise those children. That’s visible grace. Likewise, when older children or adults are baptized, the water on the forehead affirms that God has been sustaining us all along. We die to the old ways, and are reborn into a new creation.

In the passage Rev. Marci just read, did you notice the giddy, almost-reckless way the Eunuch and Philip pull the chariot over next to some water, and bam, Mr. Eunuch is baptized? Longtime Protestants should find this troubling. I mean, did Philip never hear about the required membership class? No pledge card? On whose authority was Philip acting? Philip and the Eunuch talked about Jesus. The Eunuch was ready to take the plunge.

The eunuch’s social status was that of a dark-skinned foreigner and a sexual minority. Some scholars wonder if the term eunuch was applied to gay men in biblical literature. Perhaps the eunuch represents the I in LGBTIQ+. We could hypothesize all morning, but the undeniable Good News is this: the gospel of Jesus Christ crosses boundaries. It does not respect our imaginary divisions and rules.

The sacraments are open to everyone, all the whosoevers in this world, no matter what anyone says, and that includes what the church says. I once attended a Protestant service where I was instructed to cross my arms and let communion pass me by if I had not been baptized in the congregation’s tradition. Really? Seriously? How about let’s ask Jesus. Who is welcome at the Lord’s table?

No matter who you are or what you’ve done, God wants nothing more than to love you and to be expressed through you. God wants to welcome you home. And if you are someone the world calls a lesser-than, God loves you especially. That’s the basis of a lot of our shared theology. What is theology anyway? Theology, theo=God, ology=words. God Words. What are your God words? How does Jesus, the Living Word, become real for you?

The Theology of an American Tragedy

Back in 2007, when I was in seminary, on the first day of theology class, our professor, Dr. Fumitaka Matsuoka showed us a film called Faith and Doubt at Ground Zero, a graphic examination of how Americans found meaning after the 9/11 attacks on the World Trade Center. (Trigger warning? In describing this film, later I will talk about watching people die.)

I still wonder about the symbolism of those two planes, one bearing the word “United” and the other “American” commandeered by extremists. Are we still under attack? No one thinks our nation is united, and, as extremists take over courts and school boards and attempt cripple democracy just enough for their purposes, we are less of what we used to call American.

In the video’s most troubling scene, we watched newsreel of the towers beginning to fall, random documents billowing on smoke-filled air, flames dancing in windows.

On one high floor, the wall had been ripped away. In that opening people walked and signaled, vulnerable and helpless. One of them walked to the edge determined to jump, and someone came to his side. A coworker—a friend? a stranger?—took his hand, and they jumped together. We watched as two as people holding hands leapt from the burning building and into the next world. Some averted their eyes. Others cried. Most were stunned. It felt horribly intimate, sacred.

Fumitaka stopped the video and addressing the class, he said, “These images haunt me. They are terrible. I cannot shake them because there is something else here, something spiritual, transcendent.” After a pregnant silence, he added, “When you understand why all those people jumped together, holding hands, that’s when you will begin to understand theology.” Class dismissed.

Where were you on 9/11. I had lunch plans with a wise friend who greeted me at her door saying, “The world has forever changed. This is uncharted territory.” Later, she wondered, “Maybe they attacked us because we called it the World Trade Center and then excluded so much of the world from it.”

Pretty soon, the nation learned that the chaos and pain of 9/11 had religious underpinnings, not unlike the chaos and pain from this week’s Supreme Court rulings. Radical religious underpinning. Theologian Karl Barth said “If the State has perverted its God-given authority, it cannot be honored better than by the criticism which is due to it in all circumstances.” Barth’s context was Nazi Germany, but he could’ve been talking about the Roman Empire in Jesus’ time or our country today. Whenever the state and church become one, extreme authoritarianism, violent masculinity and coercive religion are not far behind.

Do Not Tolerate Intolerance

Reflecting on this week, I realize so much can fall apart in a very little span of time. It seemed like we had been on a path that resembled Mary’s magnificat. The humble and meek were getting a little exalting. The hungry were getting a little more to eat. Love seemed to be winning. Perhaps so much has gone wrong so quickly because we have put up with bullies and unbridled greed for too long. We have tolerated the intolerant. I’m calling you to stop doing that.

Karl Popper wrote in The Open Society, that “If we extend unlimited tolerance to those who are intolerant, if we are not prepared to defend a tolerant society against the onslaught of the intolerant, then the tolerant will be destroyed, and tolerance with them.”

We must stop idolizing bullies and, instead, love one another enough to defend one another from oppression and violence. This will necessitate, to paraphrase the Magnificat, sending the super-rich bullies away, empty for once. They’ll be okay not running everyone else’s lives for a little bit. The ruling that allows teachers to impose prayer on unwilling students is antithetical to the gospel. Jesus sought to reform his own religion. And ours. He didn’t proselytize the pagans. During forty days in the wilderness, he didn’t even once try to pray with the devil. He sent the devil away.

When things fall apart, Jesus calls us together in this upper room, where women are trusted, where little children shall lead, where grace is made real. Real religion lies in weakness. Broken bread and cup of juice are humble symbols. They offer inward food. Simple elements that transform ordinary people for revolutionary acts of love.

So those poor people on 9/11, why do you think they held hands before jumping? For me, they were living faith in something stronger than death. They had hope in something more powerful than just me and my interests, going it alone. At the end, they were transformed by the love that connects us, we call it God. They came together and loved one another. In the sacraments, grace is made real, and when things fall apart, we are never alone.

Philip and the Ethiopian

26 Now an angel of the Lord said to Philip, “Go south to the road—the desert road—that goes down from Jerusalem to Gaza.” 27 So he started out, and on his way he met an Ethiopian[a] eunuch, an important official in charge of all the treasury of the Kandake (which means “queen of the Ethiopians”). This man had gone to Jerusalem to worship, 28 and on his way home was sitting in his chariot reading the Book of Isaiah the prophet. 29 The Spirit told Philip, “Go to that chariot and stay near it.”

30 Then Philip ran up to the chariot and heard the man reading Isaiah the prophet. “Do you understand what you are reading?” Philip asked.

31 “How can I,” he said, “unless someone explains it to me?” So he invited Philip to come up and sit with him.

The Parable of the Great Banquet

15 When one of those at the table with him heard this, he said to Jesus, “Blessed is the one who will eat at the feast in the kingdom of God.”

16 Jesus replied: “A certain man was preparing a great banquet and invited many guests. 17 At the time of the banquet he sent his servant to tell those who had been invited, ‘Come, for everything is now ready.’

18 “But they all alike began to make excuses. The first said, ‘I have just bought a field, and I must go and see it. Please excuse me.’

19 “Another said, ‘I have just bought five yoke of oxen, and I’m on my way to try them out. Please excuse me.’

21 “The servant came back and reported this to his master. Then the owner of the house became angry and ordered his servant, ‘Go out quickly into the streets and alleys of the town and bring in the poor, the crippled, the blind and the lame.’

22 “‘Sir,’ the servant said, ‘what you ordered has been done, but there is still room.’

23 “Then the master told his servant, ‘Go out to the roads and country lanes and compel them to come in, so that my house will be full. 24 I tell you, not one of those who were invited will get a taste of my banquet.’”