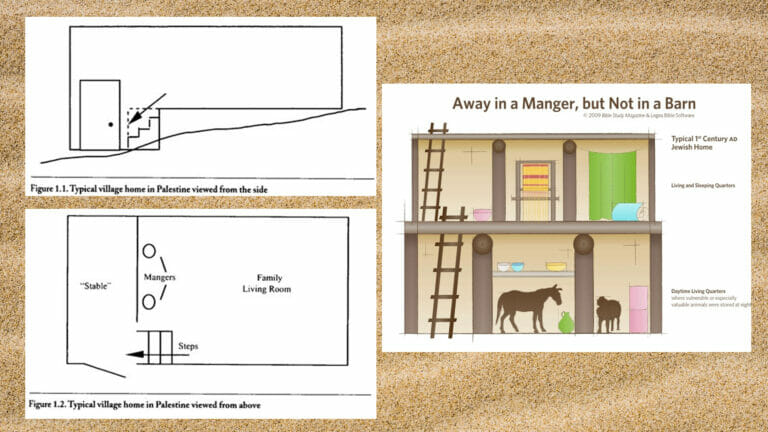 December 26 2021, 10am
Developed in the 14th century, the word “dwell” became known as a “lingering” or “abiding.” It had connections to “in-habit”–another word developed at that time. After an Advent/Christmas season of focusing on housing the holy, how will we linger and abide in this habit of hospitality? What habits did you invite into your heart in this season that you desire to take with you into the new year? How might we sustain the dwelling places that feed, house, clothe those who need it most?
Weekly Bulletin
Sermon PDF
Stream on Facebook
Stream on YouTube
Watch Sermon
Sermon Text
Weekly Scripture
Watch Sermon
Sermon Text

While we are here, together, on the day after Christmas, faces still aglow from the candles of Christmas Eve and the joy of Christmas Day, stores have already put all their Christmas items in the bargain bins; New Year’s Eve party supplies are out in full force, and all the stock rooms are filled with Valentine’s Day items, waiting to make their debut, if they haven’t already.

That’s the way it is in our world. We rush from one holiday to the next, chasing the next big thing. Rarely are we able to simply dwell in a moment and take it all in.

The word “dwell” was developed in the 14th century and became known as a “lingering” or an “abiding.” In middle English terms it could also mean to tarry or sojourn. It’s something that stays and remains.

I actually don’t hear the word “dwell” very much in our daily vernacular. Do you?

In fact, when I think of it, I am reminded most of scripture.

The Psalmist writes, “Lord, you have been our dwelling place in all generations,” (Psalm 90:1).
Jesus in the gospel of John promises that, “In my Father’s house there are many dwelling places.” (John 14:2).
And in the letter to the Colossians, we are instructed to, “Let the word of Christ dwell in you richly,” (Colossians 3:16).

This Advent & Christmas season, Calvary has focused on housing the holy. We heard from members of the congregation and the wider community of how they were housed, or of how Calvary and members of Calvary have made room for them or for their ministry.

And, so on this day, Sunday, December 26th, we ask: how will we continue to dwell with the Word of God made flesh? How will we linger and abide in this habit of hospitality and welcome? And how might we sustain the dwelling places that feed, house, and clothe those who need it most?

On the cover of your bulletin, there is an image of a typical first century Jewish home,

In our more Western understandings of where animals sleep, we assume that it is a barn or a stable far away from the main home. But in first century Palestine, animals often grazed in the fields during the day and at night were brought into the home to the first floor living quarters. On the second floor of the home is where the family would sleep and rest.

Now, hospitality was paramount in this culture. And so, most homes also included a small, separate room for travelers, either quarters at the back of the house or space on the roof.

It was the designated guest room.

Public hotels, motels, and inns were quite rare in this time. And those traveling often relied on the kindness of strangers to house them in that guest room, created specifically for the hospitality of strangers.

Ian Paul a theologian and author published an article in 2018 entitled, [quote] “Once more: Jesus was not born in a stable.”[1]

I was reluctant to read this article for a long time because I love creches, those little nativity scenes in a stable; they make my heart glad every year when I get to put them out.

And I did not need some scholar coming into my life telling me those images and beautiful scenes were wrong.

But the truth is, they probably are wrong.

And I believe it’s probably fine that they are.

We can both love the preconceived images we have of Christmas Eve, and still be willing to be challenged by new scholarship that suggests otherwise. As Walt Whitman once wrote, “I contain multitudes,” so perhaps we can hold these things together, in tension.

In his article, Ian Paul shares that “Jesus wasn’t born in a stable, and, curiously, the New Testament hardly even hints that this might have been the case… Because Luke’s nativity story mentions a ‘manger’, suggesting animals, mediaeval illustrators depicted the animals in what they believed was their natural setting, a stable—after all, isn’t that where animals are kept?”

You see the meaning of the Greek word kataluma that we find in Luke is often translated as ‘inn.’ But it was actually the guest room in a private home where travelers received hospitality.

So, what does it mean for the kataluma to have ‘no space’? It means that many, like Joseph and Mary, have travelled to Bethlehem, and the family guest rooms are already full, probably with other relatives who arrived earlier.

There’s no room at the kataluma.

So what does the innkeeper (or more accurately, the head of the family) do?

When we hear “there’s no room at the inn” during this Christmas season, we assume that Joseph and a very pregnant Mary were sent away. But in actuality, the family who took Mary and Joseph in got creative with their hospitality.

Their designated guest house was already full, so they make room, where?

Inside their own home, and in doing so, they house the holy right among them.

Joseph and Mary stay with the family itself, in the main room of the house, where the animals are kept at night, and it is there that Mary gives birth.

In the Christmas story, Jesus is not sad and lonely, some distance away in a stable.

He is in the midst of the family, right in the thick of it, demanding our attention.

If there is no room at the inn, we can make room in our own homes and lives.

And in doing so perhaps we not only make room for the holy, but we allow God to dwell with us not just today, but always.

Friends, Christmas comes in a flurry of light, singing, busy-ness, and wrapping paper; then it seems to just be over.

But even our own tradition tells us that we are meant to celebrate Christmas for at least twelve days. That’s what the 12 days of Christmas are, an opportunity to extend Christmas Day into Christmastide, a season, not just one moment.

The 12 Days of Christmas have been celebrated in Europe since before the Middle Ages and were a time of celebration, starting on Christmas Day and ending with Epiphany on January 6th.

Today, we are on the second day of Christmas, and you are welcome to leave two turtle doves in my office for me.

These twelve from Christmas Day to Epiphany, were instituted by the church to help us dwell and celebrate the birth of the baby Jesus, to allow us to sit with and abide in the joy of new life born to us and born in us.

Mary and Joseph certainly couldn’t just move on. They now had this baby to keep alive and care for.

So at the very least, I encourage you to extend your Christmas celebrations until the twelfth night.

Our scripture reading for today says, “But Mary treasured all these words and pondered them in her heart.” How might we be like Mary and treasure these words, ponder them in our hearts, and allow them to dwell richly in our lives not for a day, not for a season, but for the entirety of our lives?

I wonder what habits of hospitality you invited into your heart in this season of housing the holy that you desire to take with you into the new year? And how will you allow the holy to dwell with you beyond Christmas?

Howard Thurman, in his poem “The Work of Christmas” puts it well and challenges us to allow all of this [gesture], to dwell with us writing:

When the song of the angels is stilled,
when the star in the sky is gone,
when the kings and princes are home,
when the shepherds are back with their flocks,
the work of Christmas begins:
to find the lost,
to heal the broken,
to feed the hungry,
to release the prisoner,
to rebuild the nations,
to bring peace among the people,
to make music in the heart.


Friends, let us now go forth and do the work of Christmas.

Luke 2:8-20
In that region there were shepherds living in the fields, keeping watch over their flock by night. Then an angel of the Lord stood before them, and the glory of the Lord shone around them, and they were terrified. But the angel said to them, “Do not be afraid; for see—I am bringing you good news of great joy for all the people: to you is born this day in the city of David a Savior, who is the Messiah, the Lord. This will be a sign for you: you will find a child wrapped in bands of cloth and lying in a manger.” And suddenly there was with the angel a multitude of the heavenly host, praising God and saying, “Glory to God in the highest heaven, and on earth peace among those whom he favors!” When the angels had left them and gone into heaven, the shepherds said to one another, “Let us go now to Bethlehem and see this thing that has taken place, which the Lord has made known to us.” So they went with haste and found Mary and Joseph, and the child lying in the manger. When they saw this, they made known what had been told them about this child; and all who heard it were amazed at what the shepherds told them. But Mary treasured all these words and pondered them in her heart. The shepherds returned, glorifying and praising God for all they had heard and seen, as it had been told them