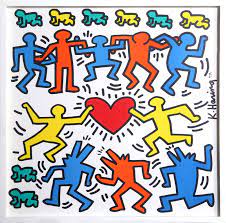 Christian Unity (and Other Illusions I’ve Loved): February 20, 10 AM

February 20 2022, 10am
Jesus prayed that believers may all be one, but even after he performed signs and fed multitudes, Jesus left a trail of controversy everywhere. Is division a historically inescapable characteristic of Christianity? Are people capable of unity? Come, hear what the Gospel of John has to say about a people divided—and how Jesus is still caught in the middle.
Weekly Bulletin
Sermon PDF
Stream on Facebook
Stream on YouTube
Watch Sermon
Sermon Text
Weekly Scripture
Watch Sermon
Sermon Text

No thing is ultimately at one with itself. Everything that is alive holds distance within itself. This is especially true of the human self. …the deepest intimacy…is…infused with infinite distance…distance and closeness are sisters, the two sides of the one experience…always in a dynamic interflow with each other.[1]

Division is Inherent to Humanity

Lou, Peter and I are devoted fans of RuPaul’s Drag Race. The RuPaul wisdom within me wonders about Jon O’Donohue’s philosophy. If I’m not at one within myself, how in the heck will I ever be at one with somebody else? Is unity an outward illusion, betraying what lies inside? “Everything that is alive holds distance within itself.”

The Unity of a “Christian Nation”

In my hometown, Plainville, Georgia, population 310, there are six churches:[2] an AME, a Holiness, a United Methodist, an Independent Methodist and two Southern Baptist, of which one boasts the name Unity Baptist Church. Now, Fellowship Baptist broke off from Unity Baptist way back, but nobody quite remembers why. All people remember is that they are indeed divided. Division is also an illusion.

Every news outlet, every hour of every day continues to convince us about our country’s current divisions. Combine months of covid isolation anxiety with the stress that disinformation causes, and yes of course, we feel divided. We feel traumatized. We witness our elected leaders lying, restricting voting rights, engaged in insider trading—not to mention the distrust that gazpacho engenders.[3]

I think a lot about unity and division, fleeting feelings to be cultivated. neutral states until we describe them as good or bad.  After all, fascists are unified., uniform even.

The hallowed term “Christian Unity” invokes the biblical value of reconciliation, that ongoing family reunion where we demonstrate affection and grace and acknowledge our differences. Dr. King preached[4] that without reconciliation, we will come up with new kinds of violence. Those who cultivate division are engaged in a kind of spiritual and moral violence. Divide and conquer!But like unity, can we get to the point of realizing division is also an illusion? We are not a divided people. We are a discontented people who, when the cards are down, still show compassion and affection for one another. And currently, we are a people drawn together by exhaustion and the free-floating anger it brings.

The Unity of Yesteryear

Last Sunday, 112 million people watched the Super Bowl, one-third of the country united against the Los Angeles Rams! Too soon? Columnist David von Drehle[5] says the Super Bowl is all that remains of common American culture. He writes of how the Bible used to be necessary pre-reading for the understanding of American literature, even though two-thirds of the country are Christians. Jesus remains twice as popular as the Super Bowl.

The problem is this. Christians don’t agree on what Christianity is. We’re divided. Last week, when the Catholic Church invalidated decades of baptisms because of a clerical error, was that Christianity? I can’t imagine Jesus doing that. Is the evangelical preacher in Nashville who, this week, went on a tirade about witches infiltrating his wife’s Bible study—what religion exactly is that? Christianity.? Yeah, that’s us.

Being gay has taught me a lot about Christian unity. Gay people were excluded from full membership in the Presbyterian Church until ten years ago. So, I have some understanding when people tell me that they feel excluded by church decisions and policies. I try to explain why I believe the church is worth sticking with and reforming from the inside. To those who are disillusioned, I say please do not to give up ten minutes before your miracle. We need you.

In John 17, Jesus prays for unity: “that they all be made one.” He prays this after all the divisions he has caused, after traveling to Samaria and choosing a woman evangelist, after feeding a multitude and healing on the Sabbath, after hanging out with those disabled people and his proselytizing fishermen. The dominant culture of his day was unified already — within their select club. So, they denigrated him. They looked for ways to disqualify him. In today’s reading, some of the crowd call him a fraud, saying “The Messiah can’t be from Galilee.”

Where was Jesus born? What!?

Here’s a fun fact that will impress you friends and coworkers.  The Gospel of John makes it clear that Jesus was not born in Bethlehem but rather was from Nazareth in the Messiah-disqualifying region of Galilee.[7] The people in the fourth gospel have failed to read the first three! To them, Jesus is an outsider. This is more than the Bible contradicting itself. This is the humanity of the Bible’s authorship writ large. Perhaps the people of John’s gospel did not want to know the truth.Perhaps the truth doesn’t fit their preconceived narrative. Perhaps they, like us, unite only when there’s someone to unite against.

Now Nicodemus was a Sanhedrin whose clout equalled or surpassed that of the Pharisees. He speaks up for Jesus to get a fair hearing, and the Pharisees question his credibility with their catty question, “Are you from Galilee, too?”

Holy Division?
The crux of today’s lesson is verse 43. “So there was a division in the crowd because of him.” Because of Jesus, division. Christianity, from its inception, was a source of schism, a breaking off from oppressive, mistaken systems. The Protestant Reformation is a schism we admire. Division and unity are neutral until assigned affect.

Even Richard Rohr sometimes writes that Christian Unity is an impossible illusion. Islam teaches that this world is an illusion that God allows us to enjoy. Buddhism supposes that time and space are illusions. Therefore, nothing can justify cruelty or violence. Every day, science reveals new mysteries in the moment of time and quantum particles.

Living Every Day
Buddhists also practice shoshin, beginner’s mind, to approach someone or something without preconceptions, especially the divisions that engender anger and exhaustion. Didn’t Jesus teach us that? Christians must become as little children to enter into the kingdom of heaven?[8]

The following song about the goodness of changing your mind, how values change over time, how we realize that the longer we live, there’s less we’re sure about. How we are intimately us and still distant, all at the same time. More than anything, this song points me toward confessing my utter dependence on that which is bigger and wiser and more than all of us united.

I’ve looked at clouds from both sides now
From up and down, and still somehow
It’s cloud illusions I recall
I really don’t know clouds at all

But now it’s just another show
You leave ’em laughing when you go
And if you care, don’t let them know
Don’t give yourself away

I’ve looked at love from both sides now
From give and take, and still somehow
It’s love’s illusions I recall
I really don’t know love at all

But now old friends are acting strange
They shake their heads, they say I’ve changed
Well something’s lost, but something’s gained
In living every day

[6] Trabian Shorters interview with Krista Tippett, On Being, February 3, 2022, transcript and podcast available

[7] Amy-Jill Levine, The Difficult Words of Jesus: A Beginner’s Gide to His Most Perplexing Teachings (Nashville: Abingdon Press, 2021) 145

On the last day of the festival, the great day, while Jesus was standing there, he cried out, ‘Let anyone who is thirsty come to me, and let the one who believes in me drink. As the scripture has said, “Out of the believer’s heart shall flow rivers of living water.” ’ Now he said this about the Spirit, which believers in him were to receive; for as yet there was no Spirit, because Jesus was not yet glorified.

When they heard these words, some in the crowd said, ‘This is really the prophet.’ Others said, ‘This is the Messiah.’ But some asked, ‘Surely the Messiah does not come from Galilee, does he? Has not the scripture said that the Messiah is descended from David and comes from Bethlehem, the village where David lived?’ So there was a division in the crowd because of him. Some of them wanted to arrest him, but no one laid hands on him.

Then the temple police went back to the chief priests and Pharisees, who asked them, ‘Why did you not arrest him?’ The police answered, ‘Never has anyone spoken like this!’ Then the Pharisees replied, ‘Surely you have not been deceived too, have you? Has any one of the authorities or of the Pharisees believed in him? But this crowd, which does not know the law—they are accursed.’ Nicodemus, who had gone to Jesus before, and who was one of them, asked, ‘Our law does not judge people without first giving them a hearing to find out what they are doing, does it?’ They replied, ‘Surely you are not also from Galilee, are you? Search and you will see that no prophet is to arise from Galilee.’