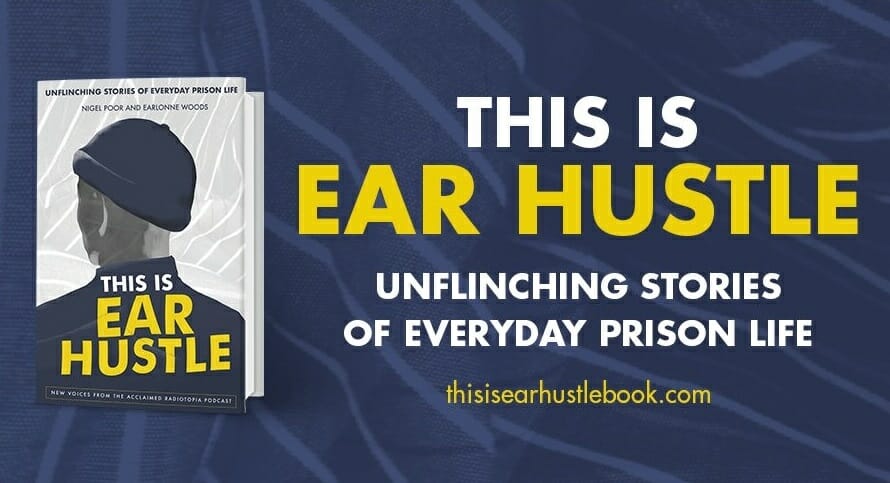 Join the Calvary community this summer in reading a book together—This is Ear Hustle, by Nigel Poor and Earlonne Woods. It’s also the San Francisco Public Library’s One City, One Book summer read. Then mark your calendars for an in-person book discussion at Calvary on Sunday, September 25 at 11:30 am. All are welcome and encouraged to attend!

Get the book and start reading!

· Purchase a copy from your favorite local bookstore

· Order or download a copy to your device from one of these online retailers: Amazon, Barnes & Noble, Bookshop.org, or IndieBound

Need help purchasing a book? Want to join our mailing list for future events? Email us at calvarypresbyteriansf@gmail.com.

From the co-creators and co-hosts of the Peabody- and Pulitzer-nominated podcast Ear Hustle, named after the prison term for eavesdropping, comes this illuminating view of prison life as told by presently and formerly incarcerated people. In This Is Ear Hustle, Nigel Poor and Earlonne Woods share their own stories of how they came to San Quentin, how they created their popular podcast amid extreme limitations, and what has kept them collaborating season after season. They present new stories, all with the same insight, balance, and rapport that distinguish the podcast. In an era when more than two million people are incarcerated across the United States—a number that grows by 600,000 annually—Nigel and Earlonne explore the full and often surprising realities of prison life. With characteristic candor and humor, their moving portrayals include unexpected moments of self-discovery, unlikely alliances, inspirational resilience, and ingenious workarounds.

Disclaimer: By using prisoners’ first-person storytelling to lay bare what it’s like to spend decades behind bars, themes of violence, conjugal visits, and death are included in this work often using profane language that may be considered offensive to some readers and not suitable for children. Reader discretion is advised.

“Nigel and Earlonne give voice to those whose voices have been silenced and remind us of the power of storytelling to connect and transform lives.”—Nina Jacobson, film and television producer

Nigel Poor is the co-creator, co-host, and co-producer of Ear Hustle (PRX & Radiotopia). A visual artist and photography professor at California State University, Sacramento, Nigel has had her work exhibited nationally and internationally, including at the SFMOMA and de Young Museum in San Francisco and the Corcoran Gallery of Art in Washington, D.C.  In 2011, Nigel started working as a volunteer teacher for the Prison University Project at San Quentin State Prison.

Earlonne Woods is the co-creator, co-host, and co-producer of Ear Hustle (PRX & Radiotopia). In 1997, Earlonne was sentenced to thirty-one years to life in prison. While incarcerated, he received his GED, attended Coastline Community College, and completed many vocational programs. He also founded CHOOSE1, which aims to repeal the California Three Strikes Law, the statute under which he was sentenced. In November 2018, then–California Governor Jerry Brown commuted Earlonne’s sentence after twenty-one years of incarceration and Earlonne became a full-time producer for Ear Hustle. His efforts with CHOOSE1 continue, as he advocates for restorative justice and works to place a repeal initiative on the ballot in 2022.