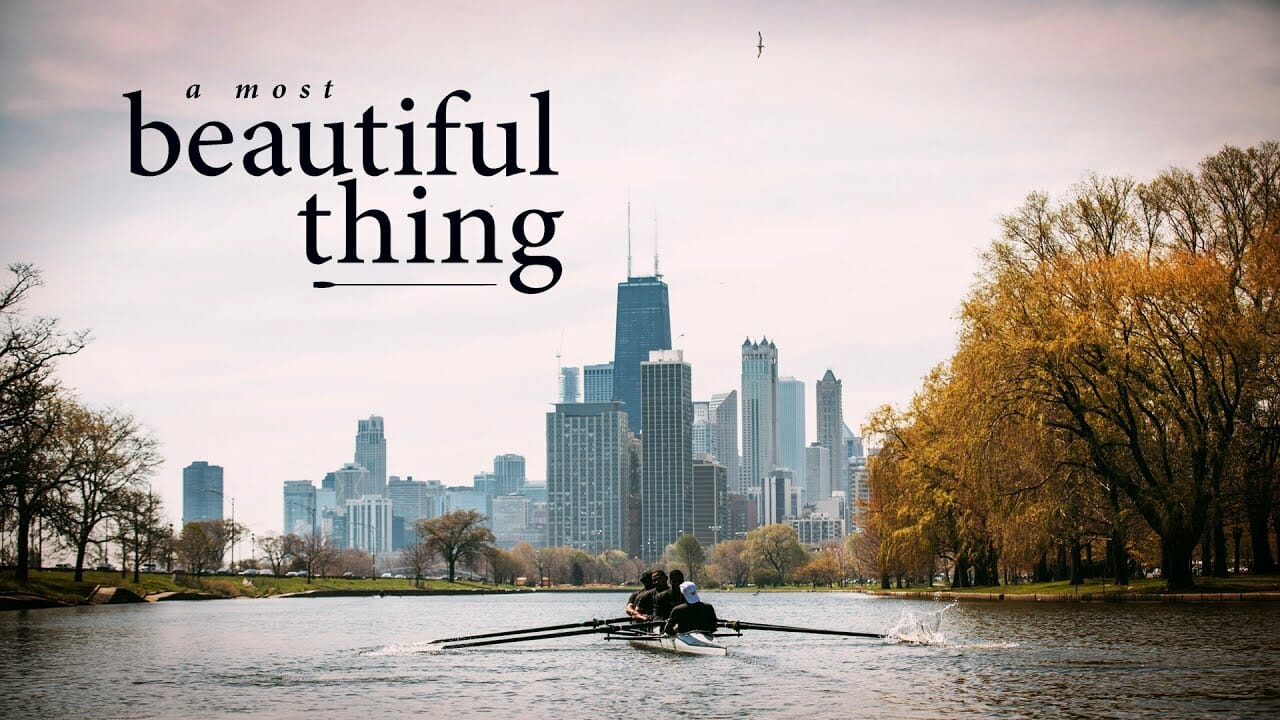 Please join us on Sunday, November 21st from 2:30-3:30 PM for the Racial Equity Initiative online discussion of the award-winning movie, A Most Beautiful Thing! (Please note the time change from our usual time of 4 PM for these discussions.)

Register Below for the Zoom online discussion.

This inspiring 2020 documentary traces the story of the first all-Black high school rowing team, flashing back to the time they came together in the 1990s. The crew members grew up in the violent West Side of Chicago where gangs ruled the streets and they witnessed death at a young age. Coaxed onto the team by free pizza at school, the boys – from different neighborhoods, with different gang affiliations – come together through the work of learning to row and the unexpected joy of being on the water, far from the noise and violence of the streets. Skip ahead 20 years when, at a funeral for one of their coaches, the crew decides to get together as a team once again. Training, bonding, new challenges, and even a race including white Chicago police officers ensue, as the men chase their dreams to rise above tough circumstances and be positive forces in the lives of their children and the ‘hood.

While an unflinching look at the hardships of growing up in West Chicago, this documentary is primarily about hope and healing. Released shortly before the murder of George Floyd, “A Most Beautiful Thing” portrays a world where hope, connection, and forgiveness still figure large. It is refreshing and uplifting.

Some scenes were shot in the Bay Area. Winner of a 2021 Gracie Award; various nominations including an Image Award from the NAACP. Directed by award-winning filmmaker (and Olympic rower) Mary Mazzio, and narrated by the Academy Award/Grammy-winning artist, Common.

Common Sense Media:  This film “stands out” for positive messages and role models, and is especially recommended for teens (4 out of 5 stars).

Important Note: Participants should watch the movie on your own prior to the discussion.

A Most Beautiful Thing can be viewed on a variety of platforms including Peacock, Amazon Prime, Apple TV, Google Play and Vimeo on Demand. Learn more here: www.amostbeautifulthing.com