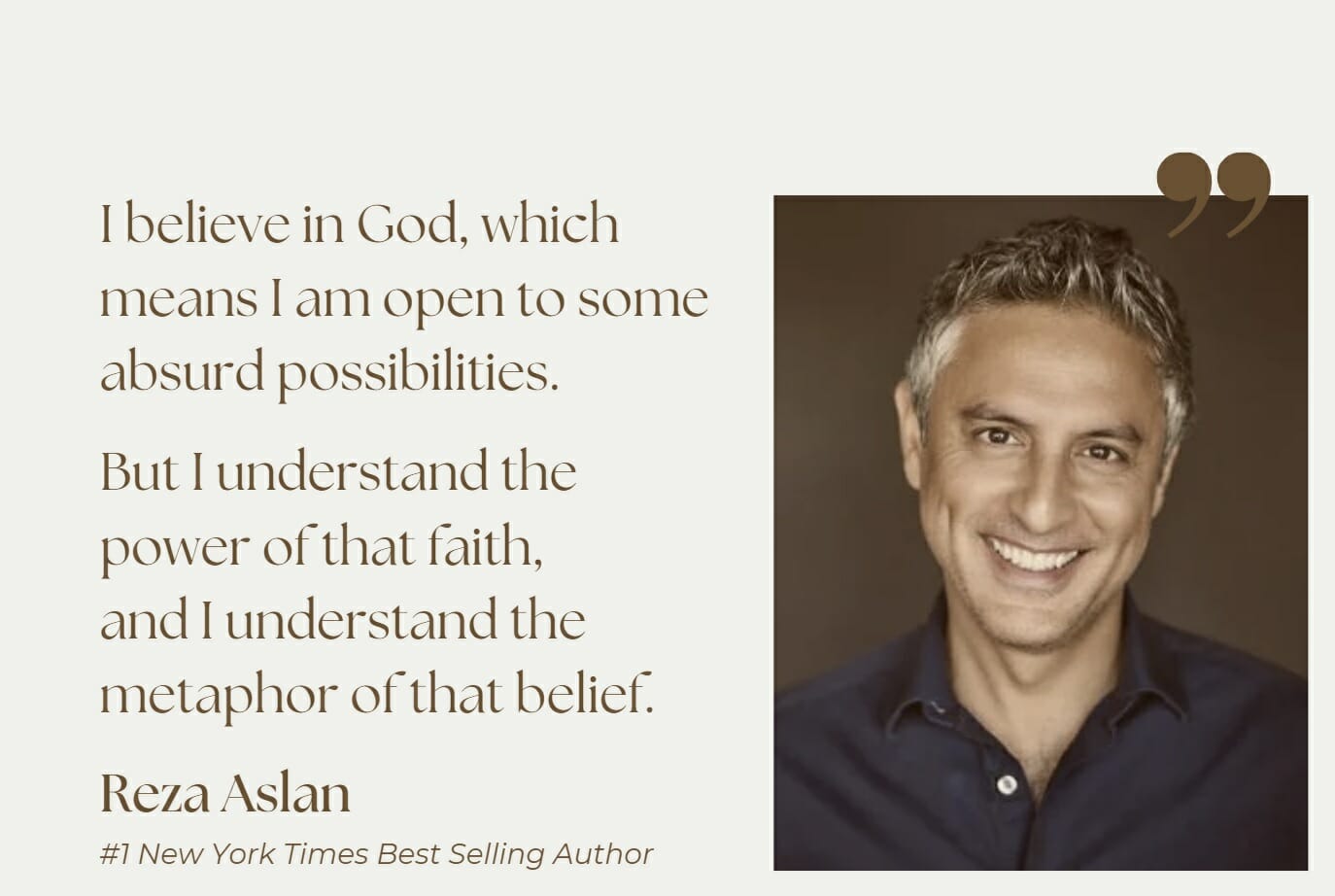 Join Calvary and Book Passage for an evening with bestselling author, host, and producer Reza Aslan.

Reza Aslan is a leading expert in world religions. He is also a renowned writer, professor, and an Emmy- and Peabody-nominated producer. A recipient of the prestigious James Joyce Award, Aslan is the author of three internationally best-selling books, including the #1 New York Times Bestseller, Zealot: The Life and Times of Jesus of Nazareth. His producing credits include the acclaimed HBO series The Leftovers. Aslan is the host and Executive Producer of two other original television programs: Rough Draft with Reza Aslan on Topic, and CNN’s documentary series, Believer. He is also the co-host of the podcast Metaphysical Milkshake.

Please register below. Week look forward to seeing you there!